When Nick was younger, I had the frequent privilege of speaking to new parents about Down syndrome. Some conversations were brief and informational.  “Do you know a good pediatrician who specializes in children with Down syndrome?” “What can I do to help with my baby’s development?”   Other conversations were lengthy and personal. “How did you react to the news that your son had Down syndrome?” “What is your life like now?”  There was a balance to strike during these early calls.  I wanted to give enough guidance and encouragement to be helpful, yet avoid information overload.   I wanted to acknowledge the very real loss and struggle these parents were experiencing; yet provide hope for their child’s future.  Mostly, I wanted to communicate that although life felt difficult now, everything would eventually be okay.  Which is what I experienced and believed to be true.
As Nick got older, I fielded fewer and fewer new parent calls.  My focus changed from providing new parent support to providing educational support.  I didn’t think much about the shift until the past few weeks.  This month, I had the unexpected opportunity to speak with two new moms at different points of their journey.  One mom, surprisingly, had learned the previous day that her 2-month-old son had Down syndrome.  The other mom had an eight-month-old son who was beginning to shows signs of developmental delay, forcing his mom to face the Down syndrome diagnosis more directly. These calls brought back memories of Nick’s early years and left me feeling grateful that our family was past those days of adjustment and uncertainty.
Like all new relationships, there is a period during which new parents get acquainted with Down syndrome. This is often an emotionally charged time that many describe as grieving the loss of the child you thought you were having and accepting the reality of the child in your arms.  There is so much to learn.  From the medical and developmental implications of Down syndrome to the therapies and interventions that can help promote development.  While the news often knocks parents back a few steps, most emerge from the ordeal better equipped for love and life.
Bill, Nick’s dad, and I had our own period of getting acquainted.  After a fairly rough start, we got ourselves together and formed a foundation to help organize support services in our area.  We also began documenting our journey in a yearly letter we called “Thoughts on Down Syndrome” (hence the name for this blog).
As part of starting this blog and letting you get to know me, I thought I would post our yearly letters (there are 12 of them and I have posted them to the blog’s “Pages” section on the right navigation bar). If you are working through a part of your journey that mirrors ours, I hope they are encouraging.  If you are not a parent of a child with Down syndrome, I hope the letters help you better understand some of special blessings and challenges we face.

At the end of the day, we are all parents, loving our kids and trying to do our best. I look forward to getting acquainted with you. 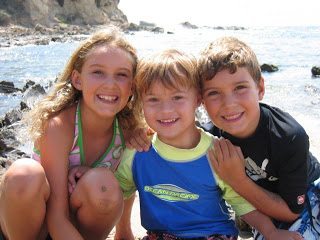